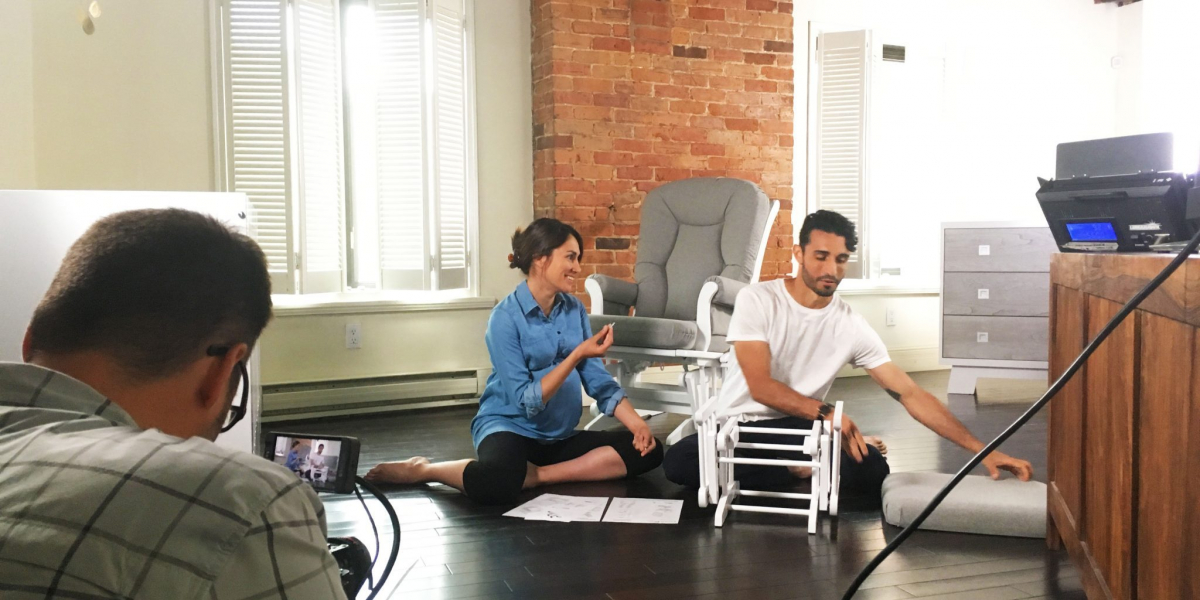 With the help of the Montreal-based Marrone Films, we shot 6 video clips in 3 days. They will soon be posted on the Web and social media for your (and our!) viewing pleasure. You will have the opportunity to immerse yourself in the Dutailier world and draw all the inspiration needed for your future nursery.

Read on to learn how this project came about and to discover our 5 best anecdotes from the shoot!

Montreal’s Beautiful Old Port and All of Its Staircases! 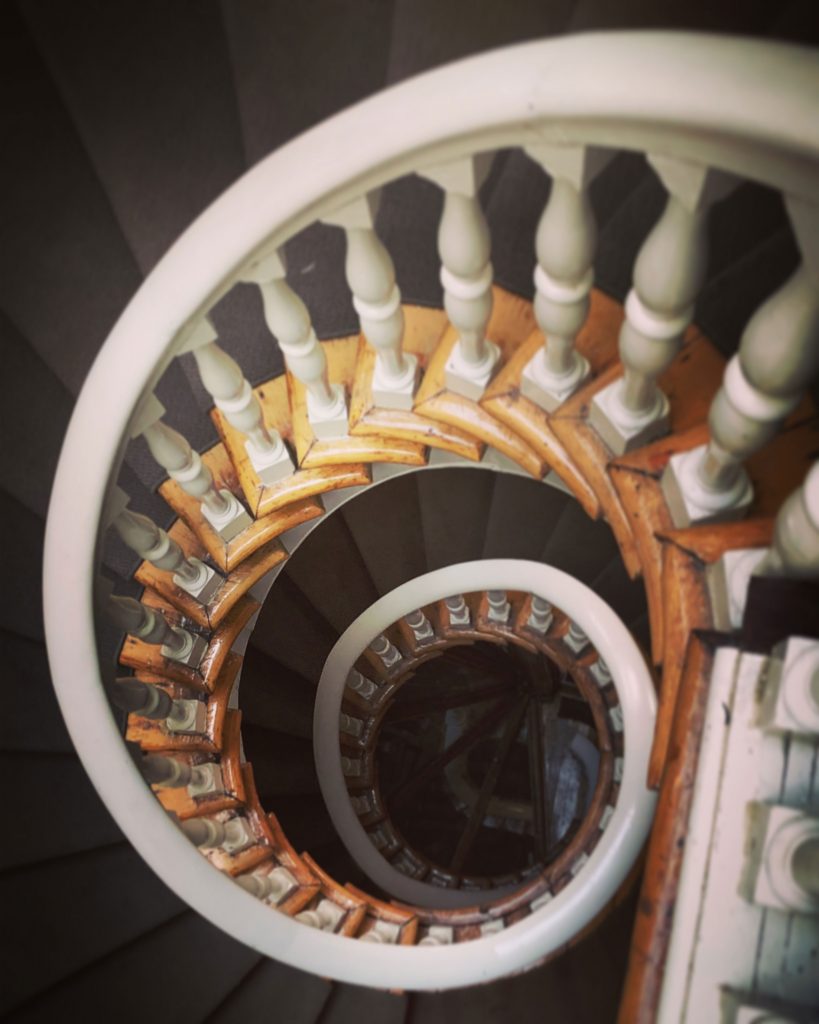 Four of our videos were filmed in a gorgeous rented penthouse in Montreal’s Old Port. While the location was beautiful, the three-storied spiral staircase (no elevator) was much less appealing!

Thankfully, our furniture and gliders were covered, which made it much easier to carry them to the third floor. We had seven different pieces of furniture for filming, including the popular Classico Glider Recliner and Pomelo Crib. The idea was to recreate a full nursery to show how smoothly our chairs glide and to demonstrate why we are so very proud of our furniture, handmade in Quebec. 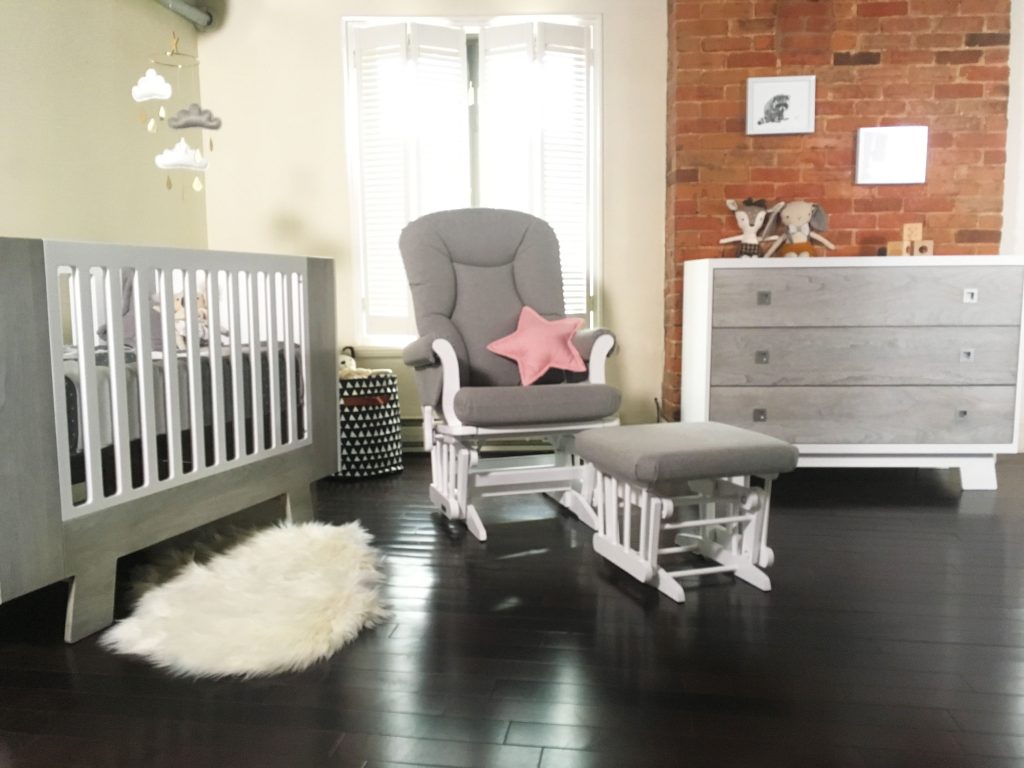 Meet Roman and Lisa, our (fake) couple who are about to be (fake) parents. They are professional actors, but it’s easy to believe they’re a real, happy couple. We won’t spoil anything, but let’s just say that their scenes are full of emotion! The video draws a nice parallel between pregnancy and the creation of a glider. 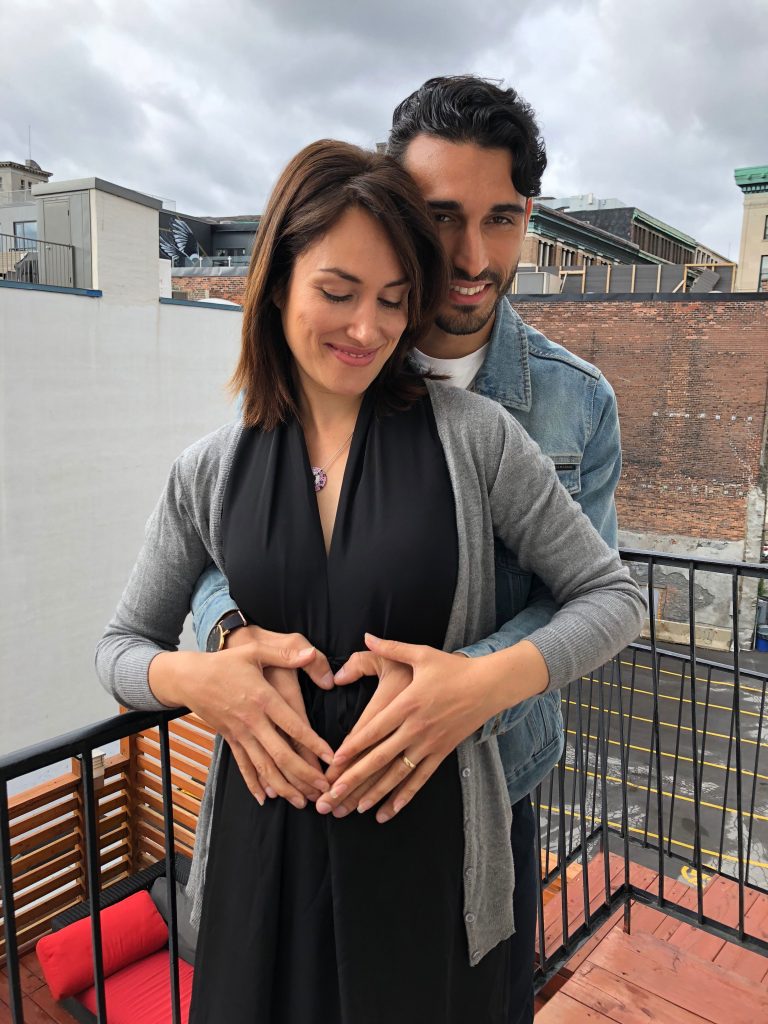 A young star named Elliot also graced the stage. The barely 5-week-old baby was incredible during filming. Maybe because he spent most of his time being rocked in one of our gliders? If so, he wasn’t the only one! All members of the team enjoyed being able to take their breaks and sit in our comfortable gliders.

On the second day, we filmed with another family (a real one this time!). A Dutailier employee, her spouse, and their 2-year-old and 5-year-old daughters agreed to play along. Their mission? Explain how easy it is to transform your convertible crib into a daybed or a single bed. 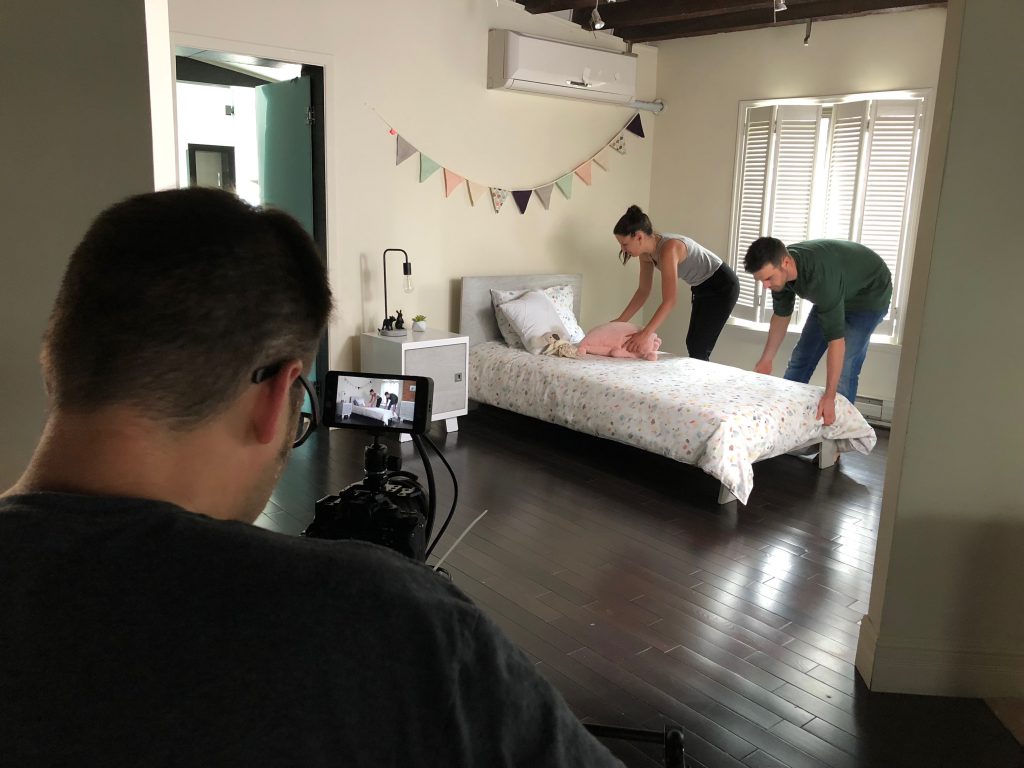 We also took advantage of the rental home to film two explanatory videos about our gliders.

The last day of filming took place at our two factories. Dutailier employs nearly 130 experienced tradespeople in our factories who have been with us for 20 years on average. We wanted to introduce you to our valuable colleagues, who build our furniture with the greatest attention to detail, and to show you what they do on a daily basis! Of course, our factories are equipped with high-performance machines, robots, and tools to ensure quality. However, you will discover why we are so proud to say that, after 40 years in the business, our furniture is still handmade! 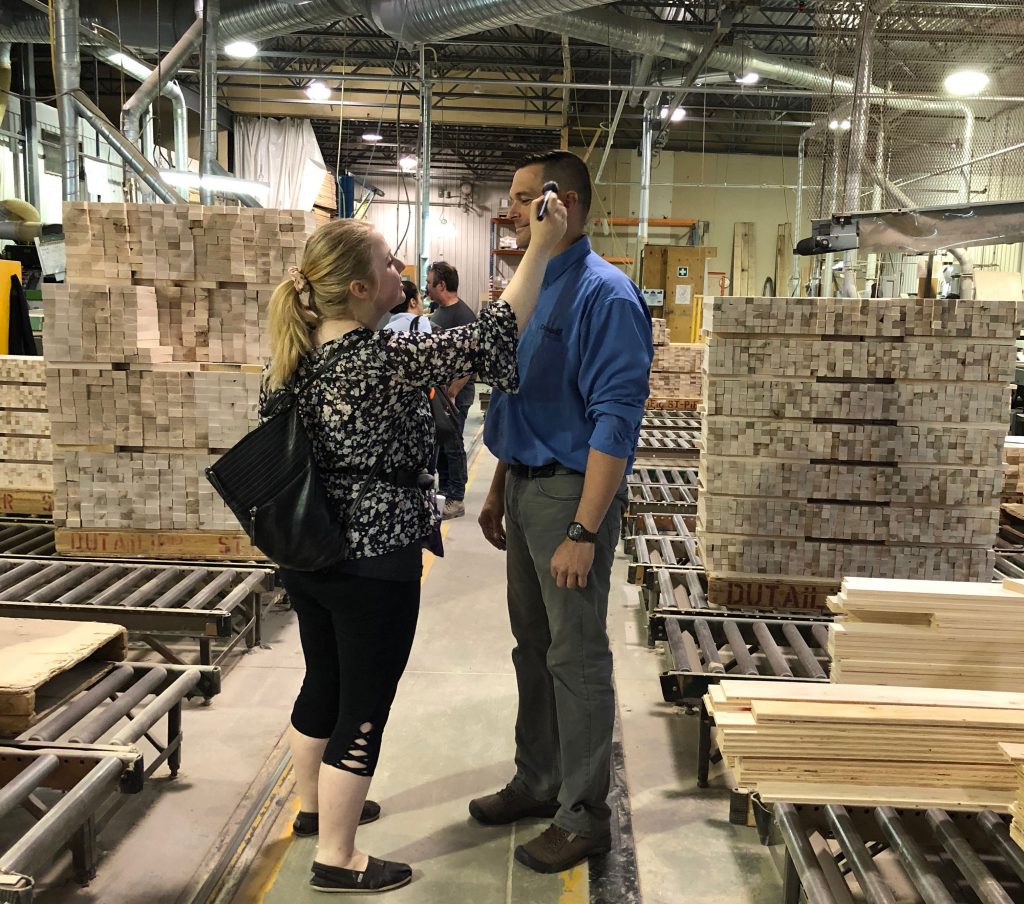 The 5 Best Anecdotes from the Shoot 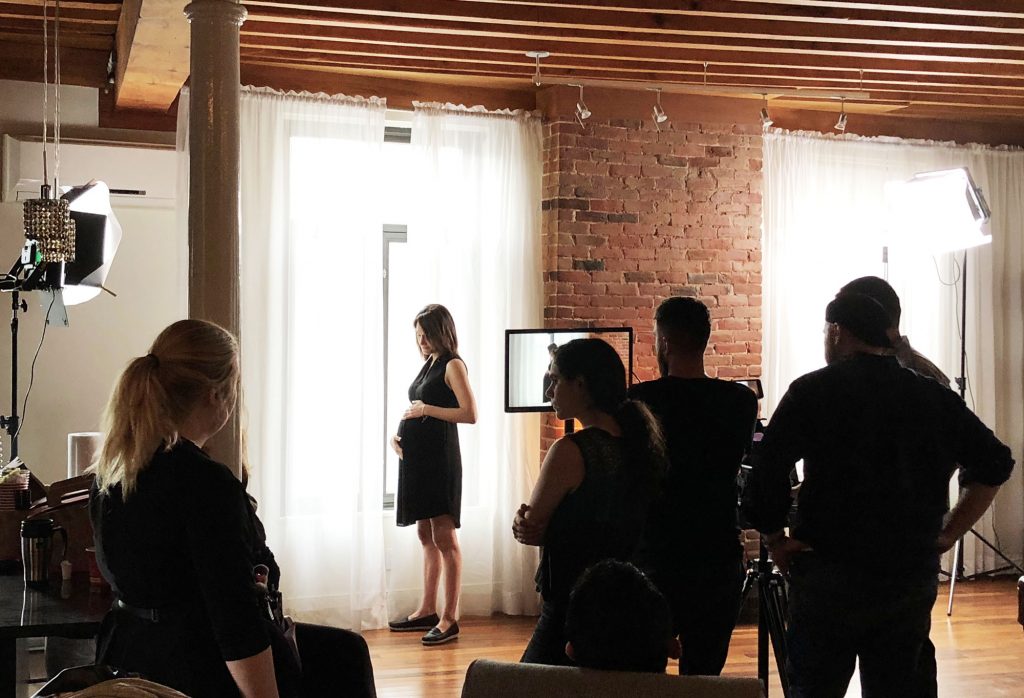 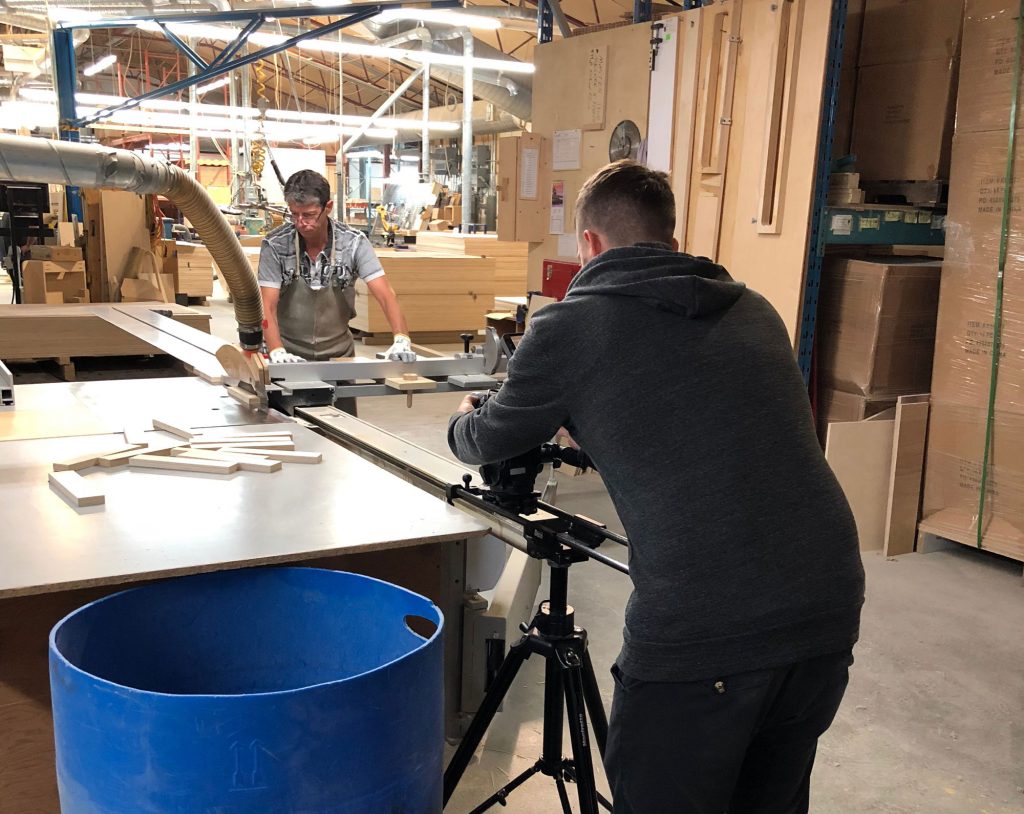 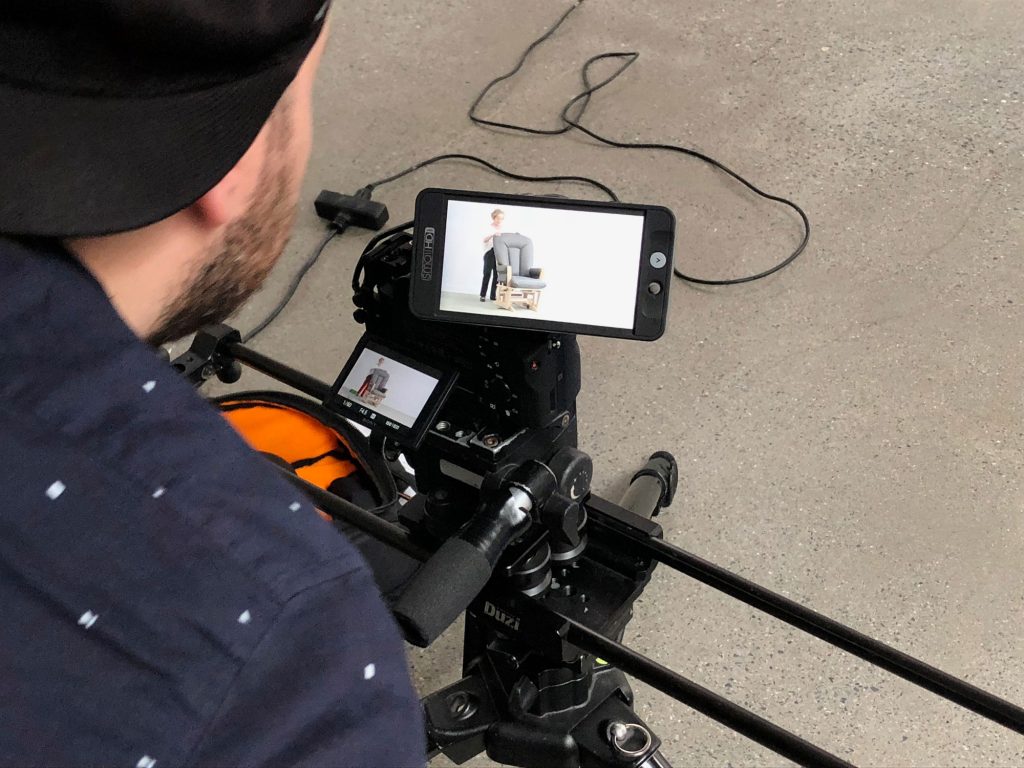 Unparalleled long and fluid motion, superior craftsmanship, unlimited customization options ... Explore our selection of rocking and gliding chairs and discover all the benefits that have made them a must-have in many homes for over 40 years.

Find the furniture that will become the star of your child's bedroom: browse through our 4 collections featuring modern and timeless designs.